Your Browser Is Incompatible

You are seeing this message because we have detected you are using Internet Explorer 10 (or older) to browse our site. Unfortunately, this means that your browser is too old to display our site properly and that certain areas of the site may display incorrectly or not at all. Please upgrade to the latest version of Google Chrome, Mozilla Firefox, Internet Explorer, Microsoft Edge, or Apple Safari in order to view this site.

Is It Possible to Cool the Home at Different Temperatures? 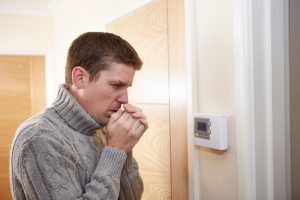 Those with central air conditioning systems will inevitably ask themselves this question: How can I cool the rooms of my home at different temperatures?

For example, someone who spends a lot of time in their bedroom might complain they’re too cold. Meanwhile, everyone else in the home feels fine.

Instead, what you’re looking for is called “zone control.” This is an HVAC practice of sectioning the home into separate parts, thereby giving you the ability to control the temperature differently. There are a couple of ways that you can go about achieving zone control.

First, there’s the aptly named zone control system. The easiest way to think of this is as a modified duct system.

A normal duct system is like a series of tunnels connected to the rooms of your home. The air from your AC flows through them to cool your home. There are also return air vents, which take air back into the system. The ducts are designed in such a way as to ensure that the entire home is cooled at the same temperature. However, this doesn’t account for personal preferences.

If the ducts are installed with a zone control system, it will include a series of electronic dampers. Each zone of the home is installed with its own thermostat. Depending on how those thermostats are set, the dampers will adjust themselves to change air flow.

Second, there’s the ductless method of zone control. This method is simpler because zone control is inherent in its design.

Ductless mini split systems consist of one outdoor unit for every four indoor units. The indoor units are installed one per room, and each unit is equipped with its own controls. No further explanation needed—it’s that simple.

You might opt for this system if you don’t want to install a duct system, or if you already have a duct system. Retrofitting the ducts with a zone control system can be more costly in the end. It’s best to weigh the costs and benefits with an expert of HVAC in Corona, CA.

What If I Only Want to Control One or Two Rooms?

If you only experience temperature control problems in one room, a much less expensive workaround would involve using ductless units as needed.

For example, if you’ve recently added a room to the home, extending the central ductwork to it would not be cheap. Installing a single ductless air handler is a much better compromise.

It’s also not uncommon for people to want air conditioning in their garages. However, routing the ductwork into the garage is against building codes. Once again, a ductless unit can be just what you need in this case.

A good HVAC contractor can work with you to find the best solution, so don’t be afraid to reach out. Contact RKM Heating and Air Conditioning today.