Your Browser Is Incompatible

You are seeing this message because we have detected you are using Internet Explorer 10 (or older) to browse our site. Unfortunately, this means that your browser is too old to display our site properly and that certain areas of the site may display incorrectly or not at all. Please upgrade to the latest version of Google Chrome, Mozilla Firefox, Internet Explorer, Microsoft Edge, or Apple Safari in order to view this site.

Signs of Trouble with Your Heating System 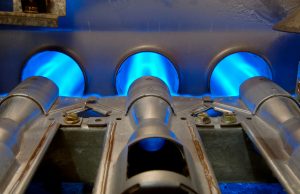 We don’t get a lot of snow here in the Inland Empire, but that doesn’t mean we have no need for a heating system. Winter nights can drop to the freezing point and comparatively few homes in the area have much insulation. Without a reliable heating system, your home could resemble an ice box in a matter of just a few hours. And it goes beyond simple comfort: for sensitive family members such as infants and the elderly, a malfunctioning heating system can constitute a genuine health risk.

Luckily, most problems with furnaces and other forms of heating give out telltale signs well before serious trouble begins. While you should never attempt to formally diagnose a problem with your heater, much less repair it (proper heating repair requires formal licensing and training), you can still spot common signs that something is wrong and take appropriate action to stop it. Chances are you’ve already run your heating system at least a few times this year. The next time you do, keep an eye out for the following common signs of trouble with your heating system.

If you spot these signs, turn off the system immediately – don’t attempt to keep running it – and call in a repair service as soon as you can.

For quality heater repair services in Riverside, CA, call on the pros at RKM Heating and Air Conditioning today!